Initial situation:
The city of Backnang in Baden-Württemberg, about 27 km northeast of Stuttgart, with its historic half-timbered architecture, is worth seeing. Until 2010, the historic city center was still traditionally illuminated with high-maintenance gas lamps.

Customer request and order:
The existing gas lighting was to be converted to LED gaslight as required by the municipality. The historical light globes were therefore to be preserved. BRAUN was commissioned with this project because of the company’s know-how in the field of retrofitting.

The solution from BRAUN:
A total of 106 historic luminaires were converted to modern LED lighting using His.lux® installation kits. The installation was carried out on-site and could be realized quickly and cost-effectively. His.lux® modules are optically modeled on the true-to-original incandescent mantel of a gas lamp and thus harmoniously adapt to the existing luminaire unit. For the inhabitants and many of Backnang’s tourists, the difference can hardly be detected. They feel that their way is still illuminated by ‘gas light’.

In 2010, this measure, funded by the Landesbank Baden-Württemberg, was the largest LED project in Germany for lighting in accordance with the preservation order. From an energy and environmental point of view, the conversion was a complete success. Instead of the 1,600 watts previously, each luminaire now only consumes 24 to 43 watts. 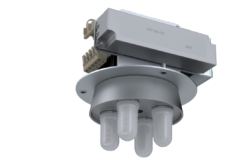 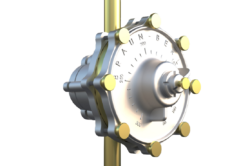 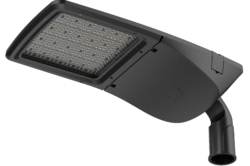