All the candelabra were properly restored, serviced and equipped with new LED technology by BRAUN.

Initial situation:
The Semper Opera in Dresden is one of the most dazzling buildings in German history. The front of the building is decorated with 3-burner historical candelabras, whose traditional gas light was much too dark and even failed partially. As a result, climbing stairs was not safe for visitors due to the risk of stumbling.

Customer request and order:
In autumn 2011, the State of Saxony decided to convert the historic candelabras in front of the Semper Opera to LED light. The light color should be based on the previous gas light. In addition, all luminaire bodies, including the supporting structures, were to be professionally refurbished and old parts replaced. The complexity of the project required a supplier who could offer both the technical expertise and the craftsmanship – BRAUN lighting solutions.

The solution from BRAUN:
In addition to the conversion to LED-GASlight™, extensive reconstruction work on the candelabras was necessary. The candelabras, weighing several tons, were dismantled and transported to the company site in Berlin for a complete refurbishment. To prevent the historical stone floor from being damaged by dismantling the luminaires, special rubber plates were laid on the floor for protection. In the company’s own metal workshop, the candelabras were restored with great care and attention to detail. Missing decorative elements were restored and professionally reassembled. Subsequently, the His.lux 4 and His.lux Premium modules were installed. The even and warm white light color of the His.lux® LED installation kits, which imitate the gas light, underline the unique character of the Semper Opera at dusk.
Year after year, several hundred thousand visitors also enjoy the external grace of this opera house, which has been glowing with the “right light” since 2011. 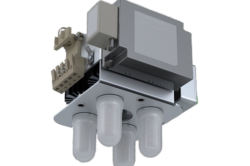 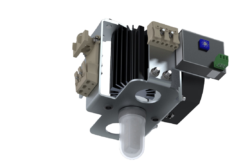 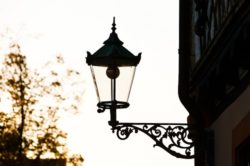